This weekend, four McGill riders survived about 20 hours of driving to race the Nittany Classic near State College, PA. Included: a very hilly and difficult road race, and a technical 6-corner criterium.

Saturday’s road race brought cloudy skies and temperatures warm enough all our riders were peeling off arm warmers on the start line. The course featured two laps of a 32-km loop, starting with a fast descent and including two category 4 climbs before a 7-km category 2 climb up to a finishing plateau, totalling about 750m climbing a lap.

Men’s B started first- Morten managed to hold what remained of a group, outclimbing 2/3 of his field for a 12th place finish after the pack fell apart on the climbs, and Antonio stuck with it until the end, holding onto 24th.

Men’s C was up next, with Jordan sitting in while Brian fought to close gaps that opened up on the descent. The race exploded on the first time up the big climb, with a leading group of four going up the road, never to be seen again. Unfortunately Brian’s previous hard efforts meant he didn’t have enough left in the tank to chase, but after 15km solo due to a mechanical, Jordan caught and organized a chase group of two others to bring home 6th place, a weekend best for McGill.

The next day was the criterium. Unfortunately, due to a foot injury sustained the previous day, the C team did not start, but our B team had a good ride. Morten showed his pack skills, never letting any gaps open up on the pan-flat tight course for a pack finish at 17th, while Antonio fought valiantly but unsuccessfully to pull his group back up after a split.

All in all, a good weekend for McGill, and thank you to Jordan and Brian for driving about 10 hours each. Onwards to next weekend, hosted by Dartmouth and UVM! 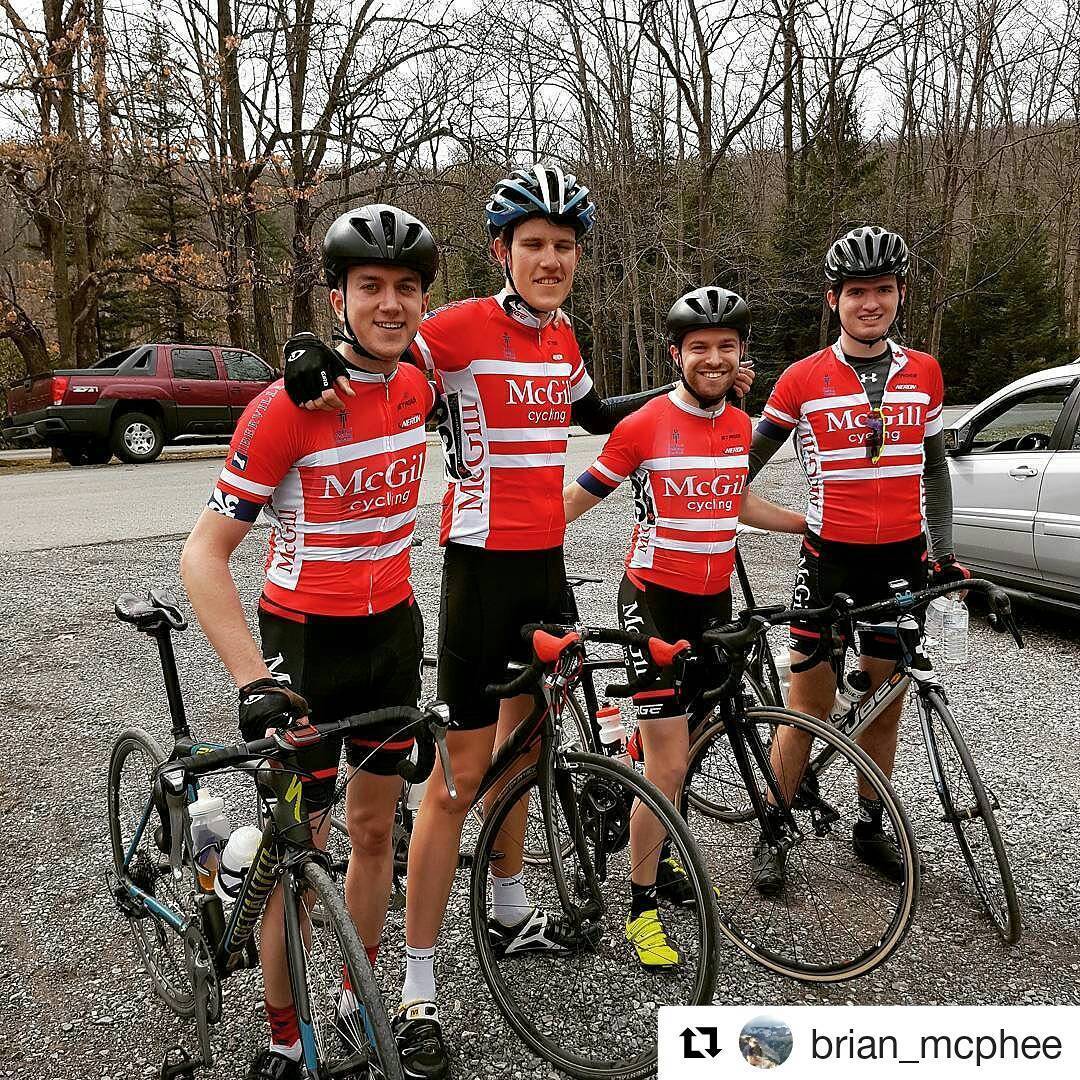 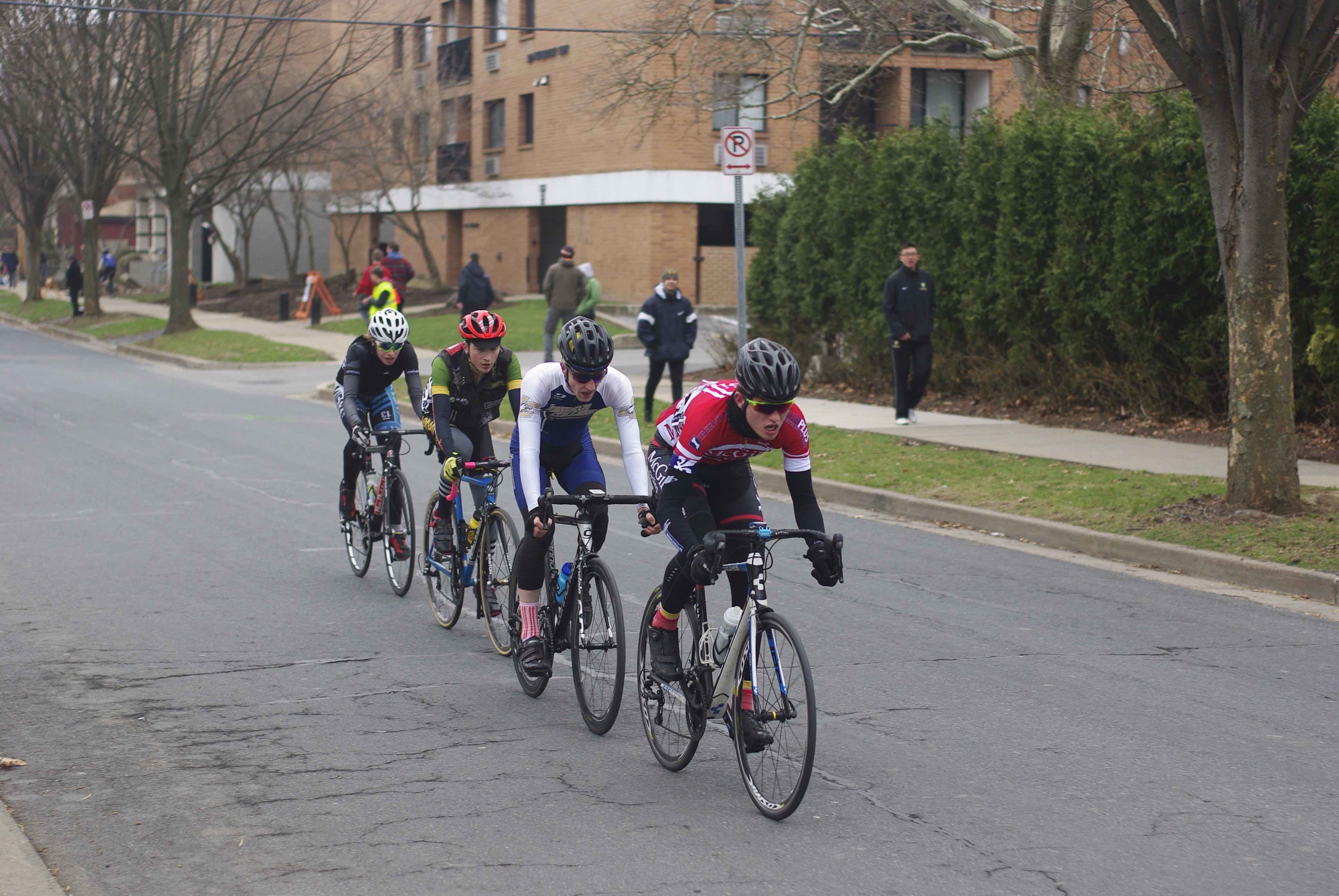