McGill Cycling finished off the collegiate season with style at the Army Spring Cycling Classic. The weekend brought the most beautiful weather of the season, as well as the most comfortable living situations—the riders were graciously hosted by West Point faculty members on and near the campus.

Saturday’s epic Harriman Road Race took place on a very hilly 17 kilometer circuit, which the riders circled between two and five times, depending on the category. First up for McGill was men’s D, with Brian, Andrew, Craig, Mark, and Noah. The boys used their numbers for excellent team tactics. At the beginning the last lap, Brian put in a monstrous attack, and stayed away solo for the win! Criag came in close behind in a strong 5th place.

Not to be outdone, the Women’s D team of Marie-Annick, Kristina, and Karissa put on a show of their own. Marie-Annick and Kristina looked great in their first ever cycling race, and Karissa showed everyone she’s the boss of Women’s D by destroying the pack in the field sprint, leading the team to a Sunday sweep of the D fields.

Last up for McGill was Dominique in Women’s A. An early attack by two strong riders went off at the beginning of the second lap, and Dominique found herself in a chase group of three riders. At the beginning of the last lap, she decided this group wasn’t for her, and rode away on the climb to finish 3rd, after a painful solo lap.

Also present Sunday were many McGill-affiliated riders: Mike, Louis, and Pete (all racing for the 1R cycling team) rode in the men’s 4/5 race, and Debra and Sarah repped McGill in the women’s 3/4 race, finishing 3rd and 6th.

Sunday brought the beautiful Shea Stadium Criterium. In Men’s D, our five riders, Pete, Andrew, Craig, Mark, and Brian, all finished in the top-20, led by Pete in 7th. Karissa won another tight sprint for her second victory of the weekend in Women’s D, and Kristina raced well in her first crit. Dominique finished off the weekend with a 4th place in Women’s A (and then hopped in with the Men’s A crit, lasting five laps with them before calling it a day).

Overall, the team finished off the season proudly, with 3 wins, 5 podiums, and 10 top-10’s! Thanks to everyone who’s been a part of our spring season, now onwards to summer! 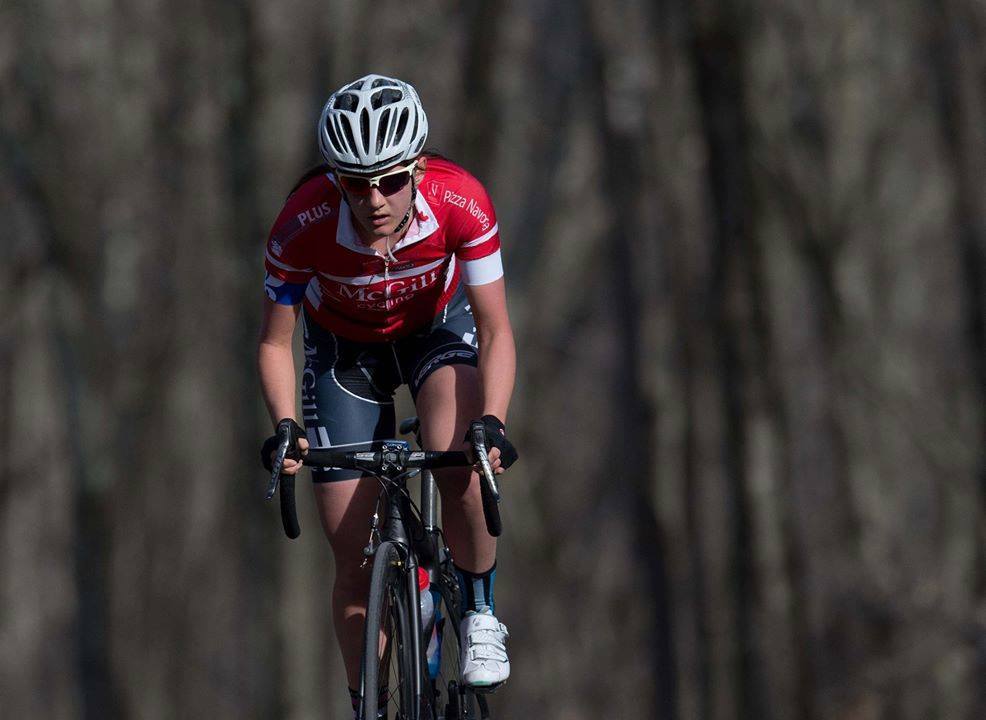 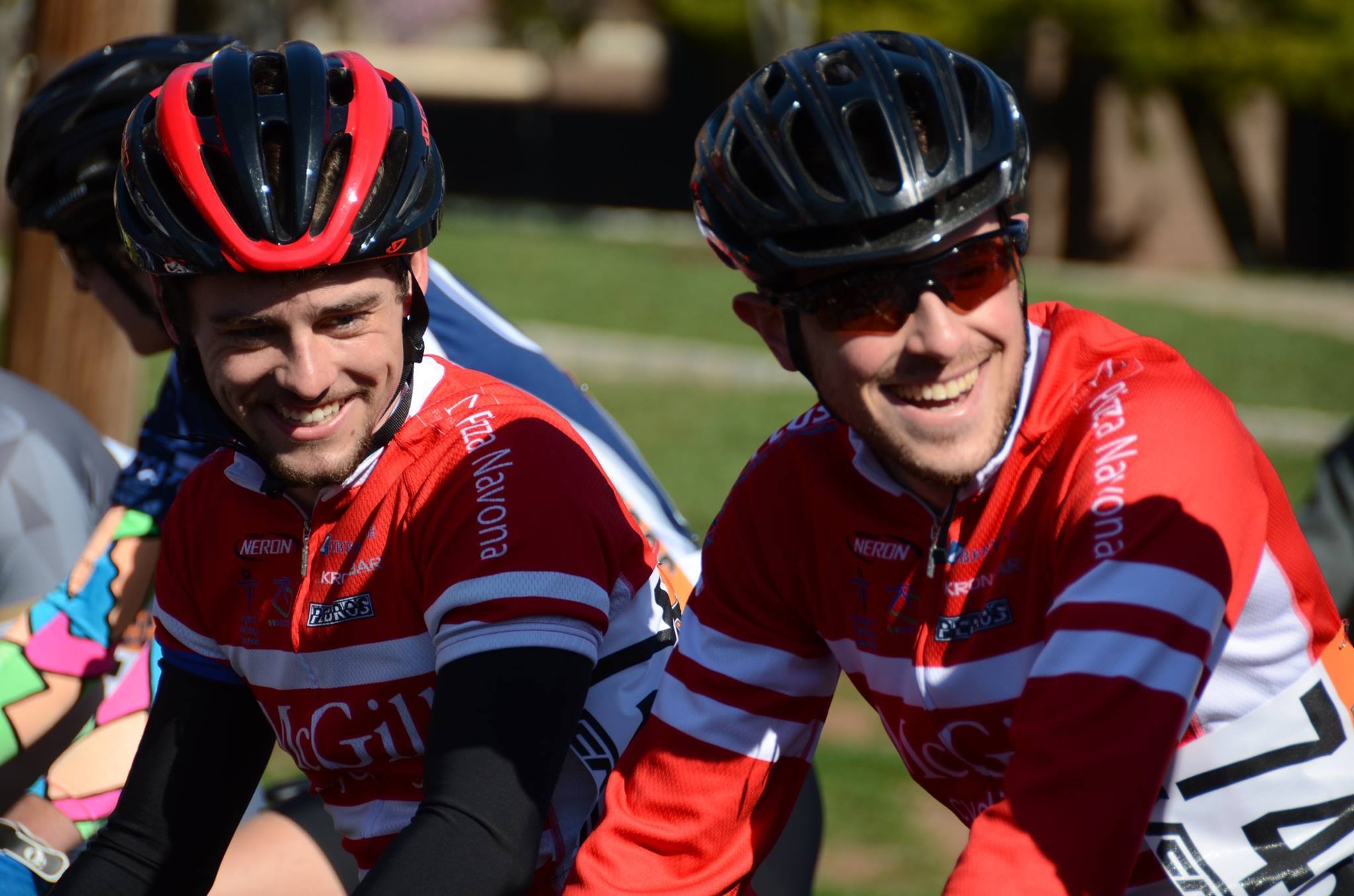 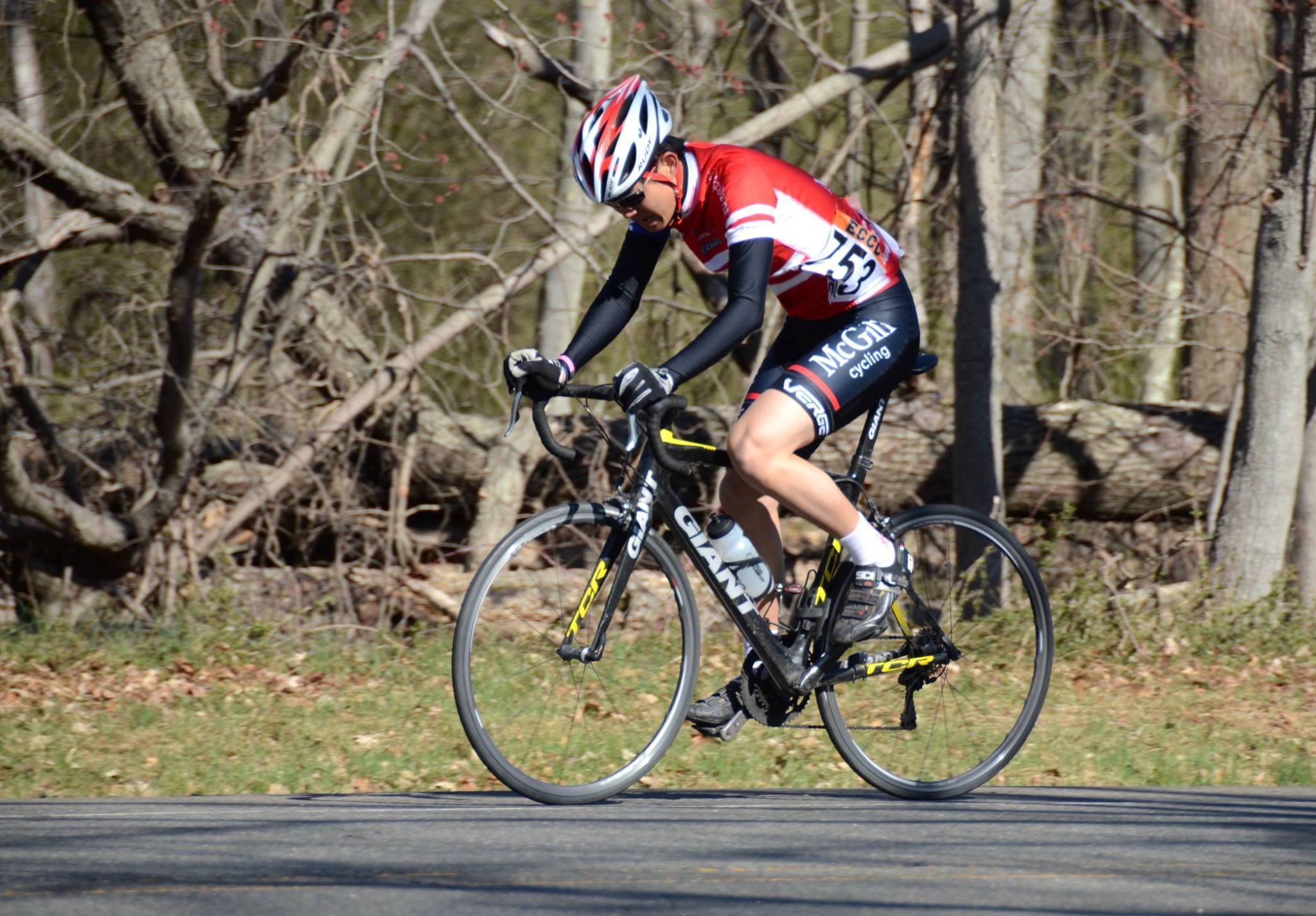